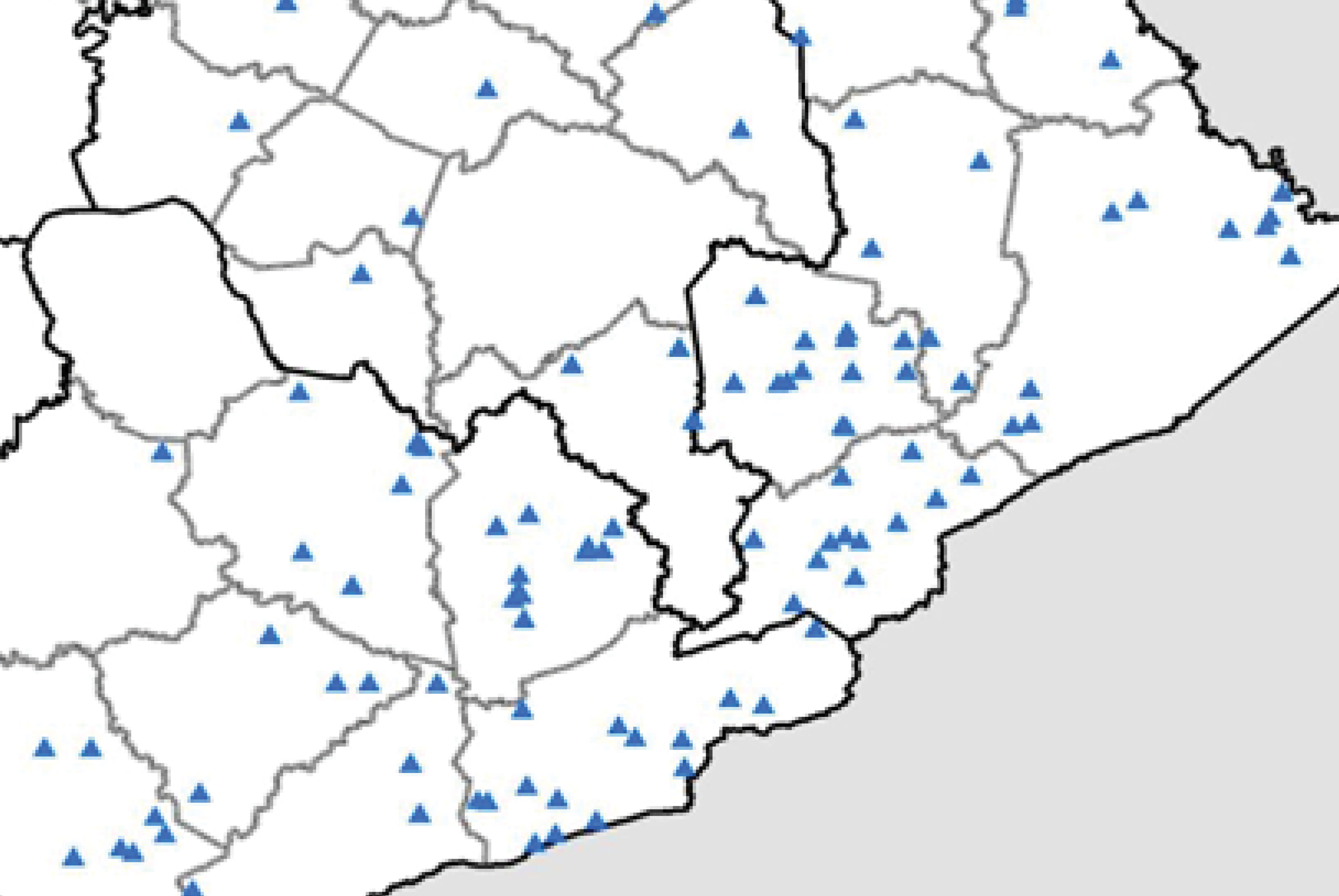 FRANKFORT, Ky. (June 4, 2019) – The Kentucky Transportation Cabinet (KYTC) is seeking responses from qualified design-build teams for a major project to replace 102 bridges in eastern and southeastern Kentucky. The project is part of the state’s Bridging Kentucky Program, a statewide initiative that represents an unprecedented commitment to improve the safety and soundness of bridges throughout the Commonwealth by replacing or rehabilitating more than 1,000 bridges in six years. 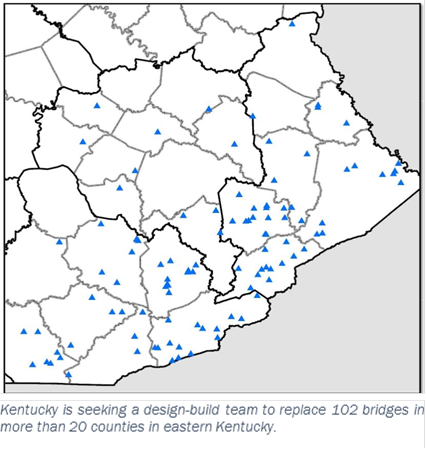 According to KYTC’s Request for Qualifications (RFQ), statements of qualifications are due by Monday, July 1. The RFQ also includes a list of the 102 tentative projects, located across more than 20 Kentucky counties, where new bridges will be constructed.

Interested design-build teams must attend a mandatory pre-proposal meeting in Frankfort on Tuesday, June 18. KYTC expects to select a design-build team for this four-year project by fall of this year.

“Kentucky has a heavy concentration of bridges in the eastern and southeastern parts of the state that need to be replaced,” said Royce Meredith, KYTC’s program manager for Bridging Kentucky. “This design-build project will allow the Bridging Kentucky Program to efficiently restore more than 100 bridges in poor condition with newer, safer bridges for buses, emergency vehicles and other vehicles traveling throughout the state.”

Design-build is an effective contracting approach to complete projects faster and often at a lower cost than traditional design-bid-build projects. Because design and construction responsibilities are handled by a single project team, this approach allows for improved coordination to limit traffic impacts during large construction projects across multiple sites.

In 2018, the Kentucky General Assembly passed HB 385 to provide KYTC with more flexibility in using the design-build approach for maximum efficiency. In addition to the Eastern Kentucky bridge project, the Cabinet currently is utilizing design-build for two projects in northern Kentucky and the I-Move Kentucky project to improve the Interstate 265 corridor in Louisville.

The eastern Kentucky design-build project is part of a busy year for bridge construction across the Commonwealth. In 2019, KYTC will move more than 400 bridge projects from design and planning to construction through the Bridging Kentucky program, making this one of Kentucky’s busiest years of bridge building.

Of the nearly 120 bridges in the program that have moved to construction so far, more than 20 are completed and have reopened to traffic.

“Through Bridging Kentucky, we are continually seeking ways to reduce costs for Kentucky taxpayers while addressing a need that has been growing for years,” said Meredith. “It is important that we address this need quickly to improve safety and mobility across the state.”

Bridging Kentucky has launched a website and social media channels to share additional information about the program. The site, http://www.BridgingKentucky.com, provides an overview of the program, frequently asked questions and the full list of bridges that are being restored through the program.